In honor of Doris' birthday, I will write about my favorite Doris/Rock picture, "Pillow Talk". 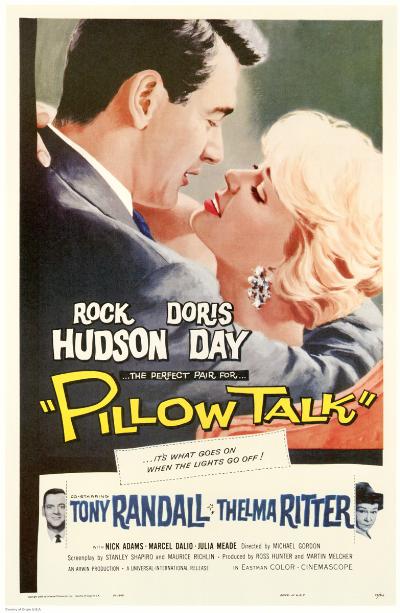 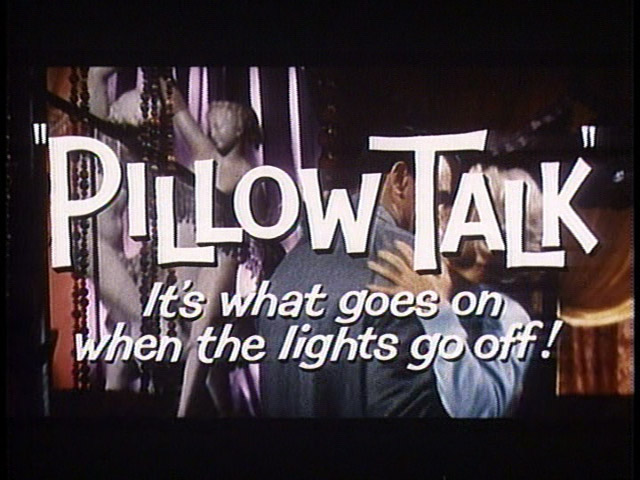 I love this film. Doris plays an uptight decorator who is stuck with an obnoxious womanizer on her party line (played by the always dashing Rock Hudson). She is forced to listen in on his sappy conversations with different broads each day and night. 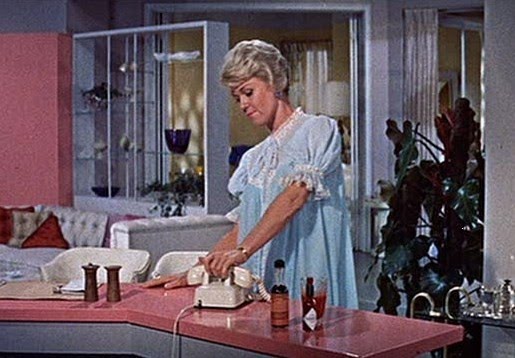 After several failed attempts at phone schedules and visits from the phone company, Doris about gives up on nice, normal men. Meanwhile, she meets Rock and before she can figure out that it is her phone line nuisance, he discovers her identity and goes into character mode pretending to be someone else so she will date him. 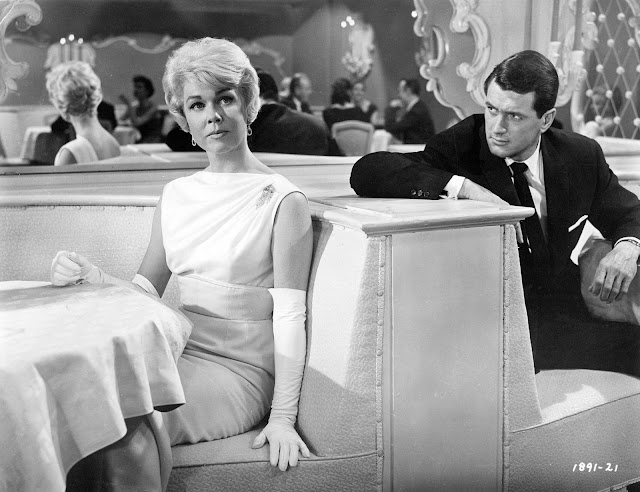 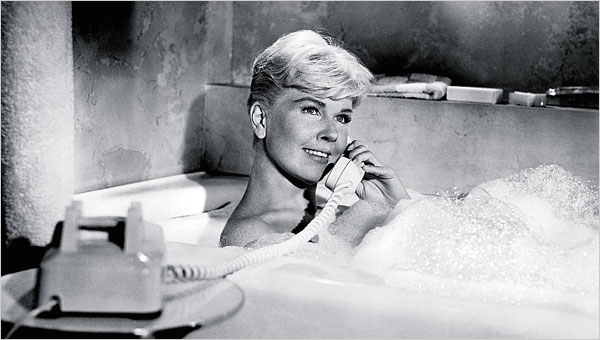 She thinks he is from Texas and falls head over heals. At the same time, her rich client, played by Tony Randall, is trying to snag her as a bride and turns out to be friends with Rock as well. There is a really cute scene when Tony finds out what Rock is up to and makes him take her home while he goes to his cabin in the mountains for hiding. The piano singer at the bar over hears this conversation and plays a great tune when Doris returns from the ladies room. 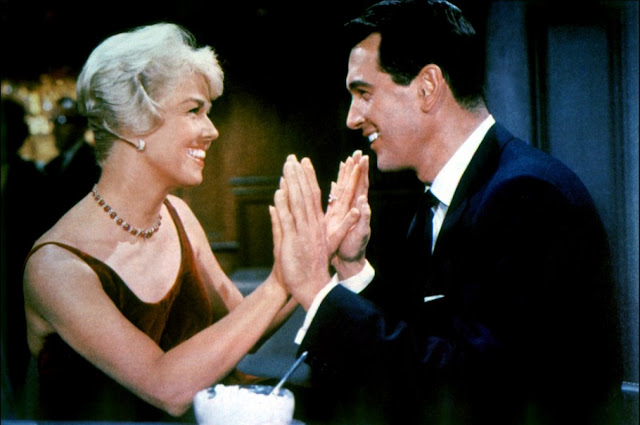 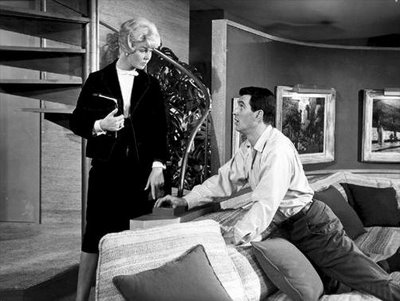 Doris finally learns Rock's true identity and is so mad she agrees to take on his attempt to get her back which is to re-decorate his bachelor pad. Another great scene is ongoing through the film where a female doctor in Doris' building thinks Rock is preggers and always misses him as he goes in and out. There is also a great performance by Thelma Ritter as Doris' drunk housekeeper who gets mad at the elevator boy for going too fast. 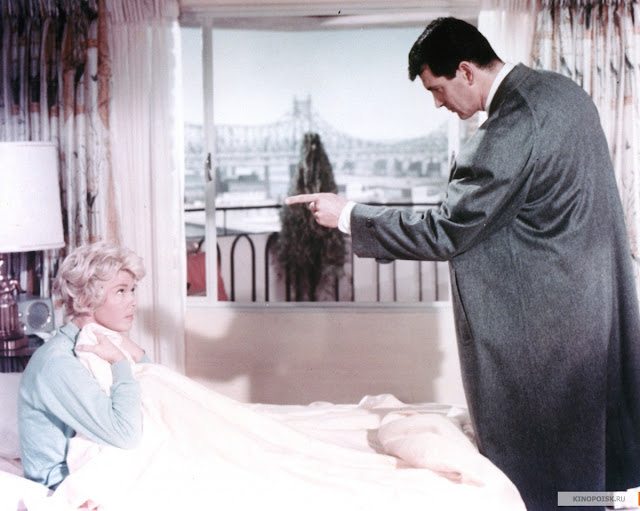 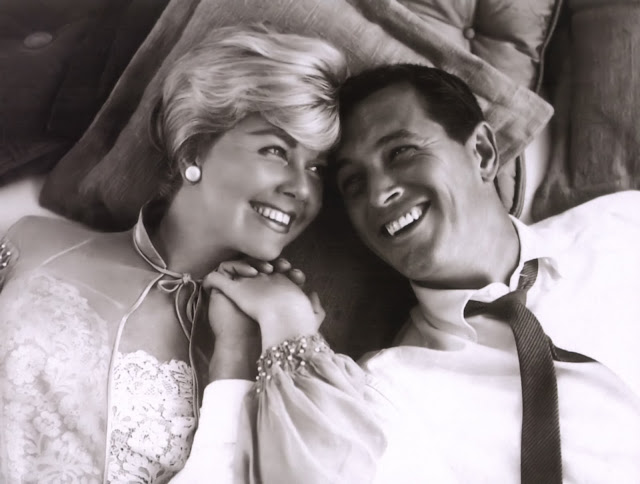 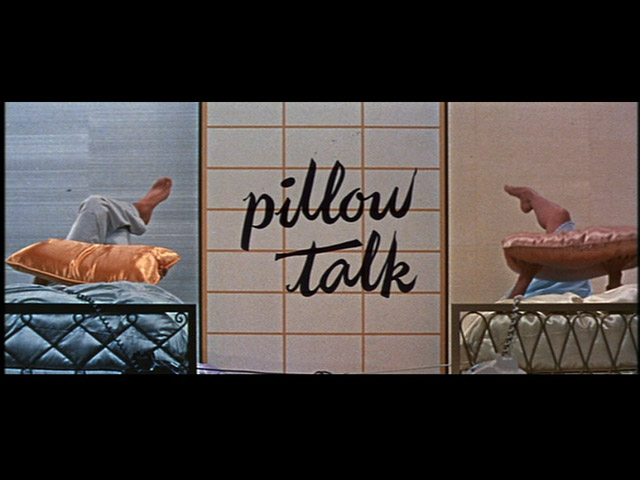 The end of this film is adorable and funny and makes you want to press menu and start all over again.

I know this movie by heart - totally pathetic.

Not pathetic, glorified film nerd. Own it.