"Strangers on a Train"

What better for a night of dark clouds than to watch a great Alfred Hitchcock film, "Strangers on a Train." This film is very suspenseful and has great cinematography, but what else would you expect from Alfred? 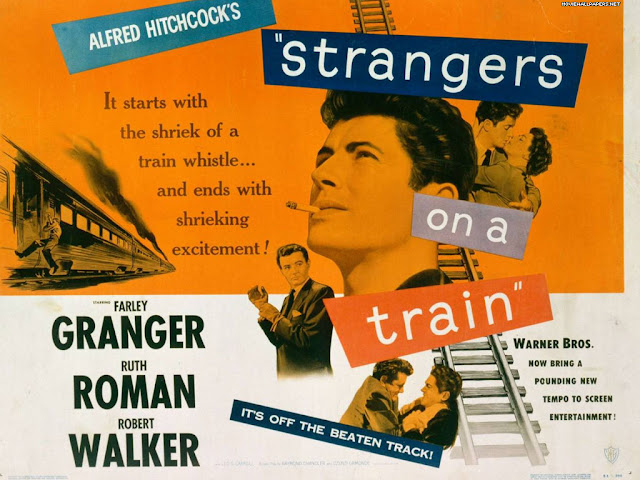 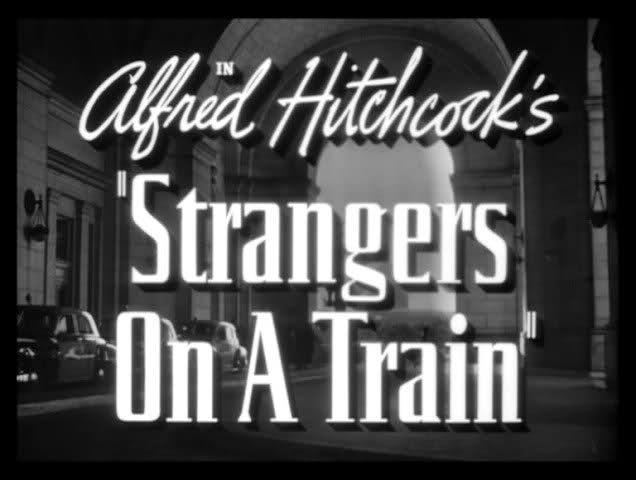 Alred makes his cameo early one while carrying an upright bass on to the train. 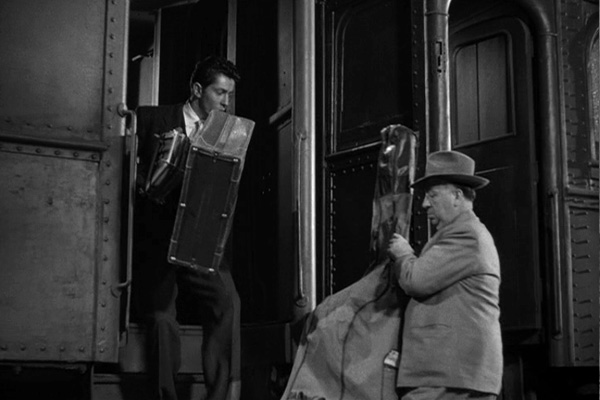 Now that that is out of the way, as Mr. Hitchcock would say, let's start out story. Guy is a handsome tennis player who is unhappily married and stepping out with another lady according to the gossip rags. He meets Bruno on the train and they have what seems like a friendly lunch together. 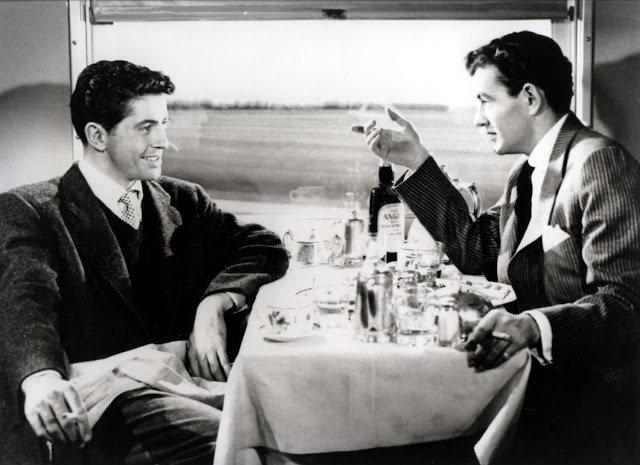 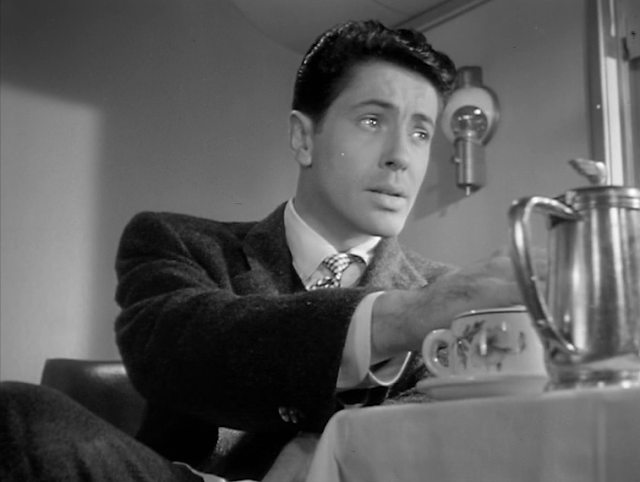 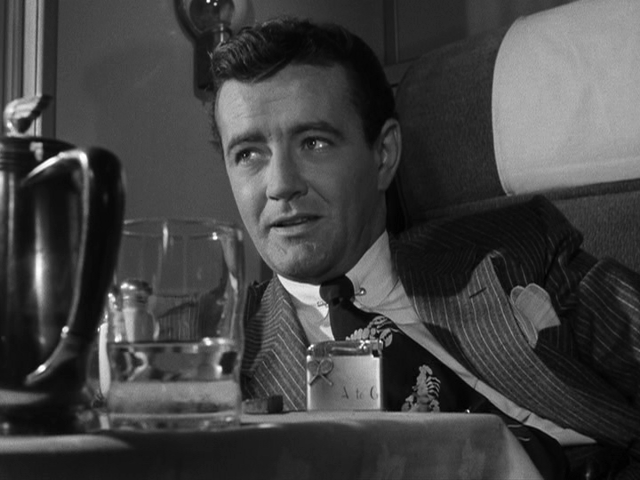 After chit chat about Guy's lighter and tennis, Bruno starts discussing how fun it would be to murder the people you don't like. In a light conversation, the boys agree that they would like to knock off Guy's estranged wife and Bruno's mean dad. This idea of the "perfect murder" is all in good fun, or so Guy thinks.... 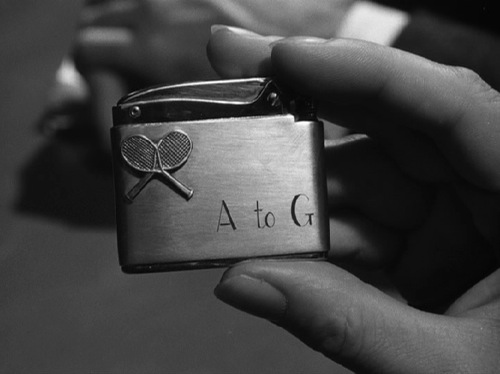 Bruno then stalks Guy's wife and ends up killing her as she is cavorting around with some guys at the fair. This scene is true to Alfred and wonderfully played out. Bruno then tells Guy expecting him to return the favor and kill his dad. Guy realizes Bruno is a nut bag and finds himself in a pickle. 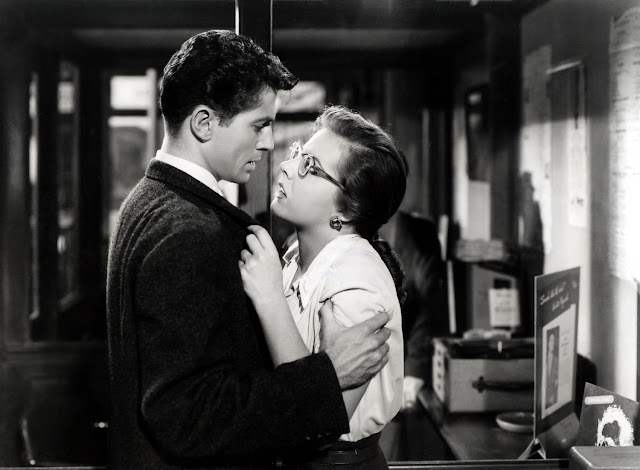 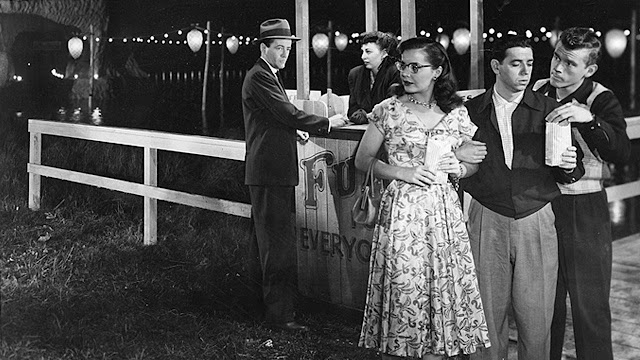 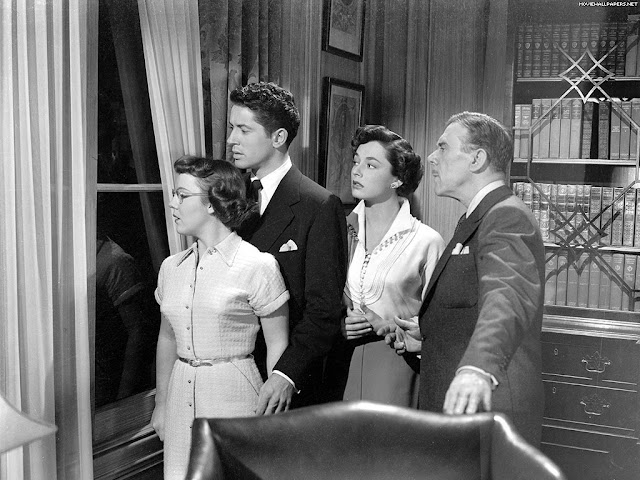 Should Guy tell the cops? Should he kill Bruno's dad? What to do? He doesn't want to get his new gal involved or her senator father, or her weird younger sister, and Bruno starts to stalk Guy. 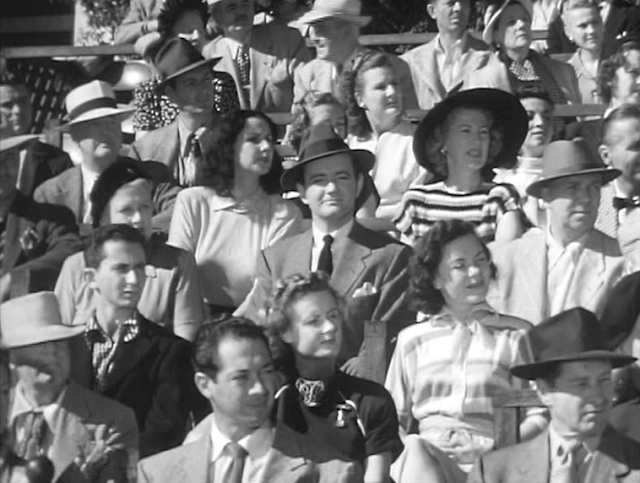 He stalks him while he plays tennis. 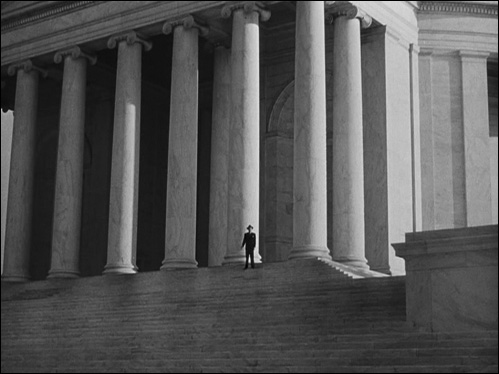 He stalks him while he walks around town.
Finally Guy must decided what to do, but before he can make any choices, the two are reunited at the crime scene and a huge fight breaks out on the merry-go-round that has lost control. Children are crying, mothers are screaming, and a cute boy in the middle of the fight is having a gay old time. 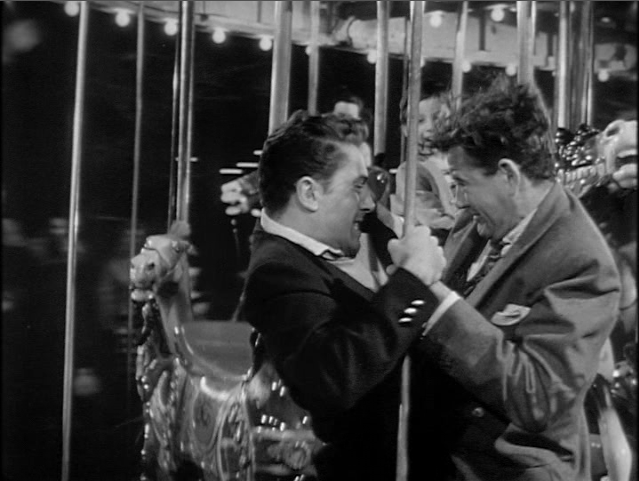 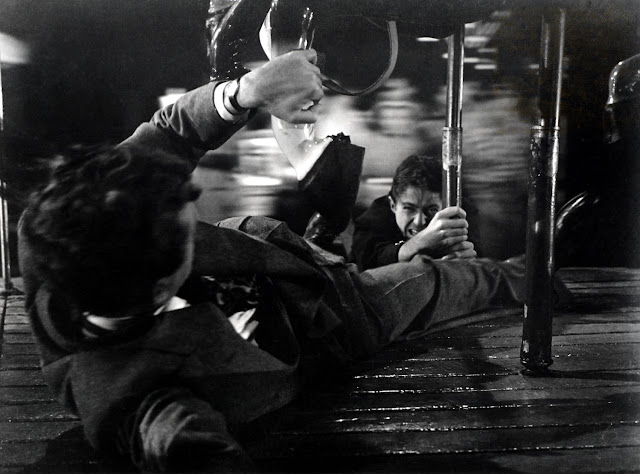 This film is a great example to good acting, camera work, and directing. Unfortunately, Bruno (played by Robert Walker) would never make a full length feature again, as he died 8 months after shooting this film from reactions to medicine. But over all, this is a Hitchcock lover's must see!
Posted by Emily at 3:00 PM