Before Brad and Angelina, before William and Kate, the hottest couple in town were Douglas Fairbanks and Mary Pickford. These two were talented film makes, actors, business owners, and dwellers of the most fabulous home in Hollywood. 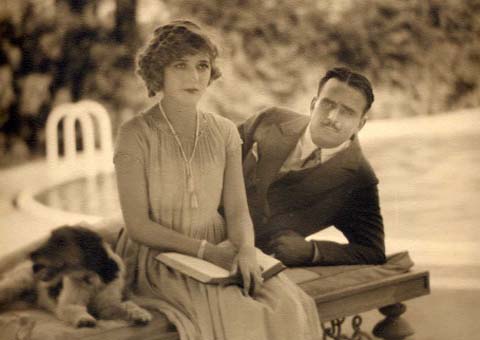 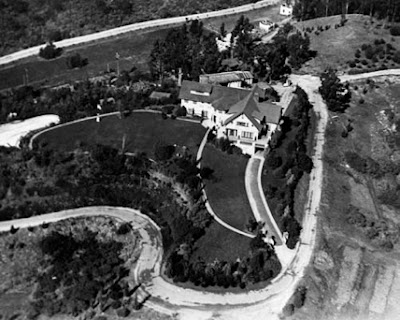 Keep that grass green!
Doug purchased the hunting lodge for his new bride in 1919. But a hunting lodge wasn't good enough for the darlings of the silver screen. For 5 years they turned this humble house into history. Pickfair was 4 stories high with 42 rooms, horse stables, tennis courts, and had the first in ground home pool. 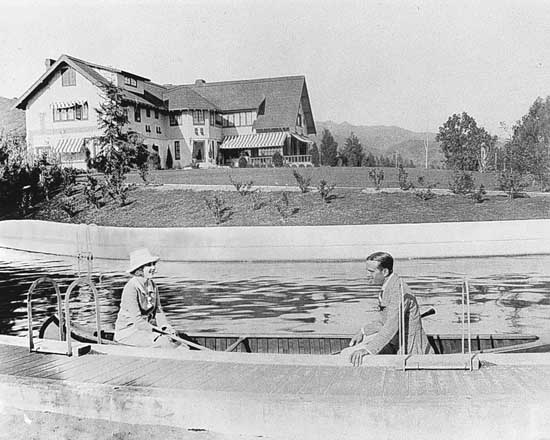 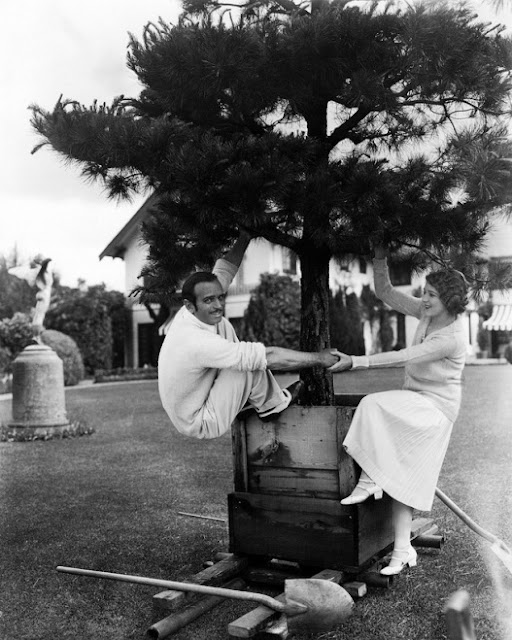 As you can imagine, parties at this pad were massive. If you were invited to Pickfair to party, you were in. Oldies such as neighbor and BFF Charlie Chaplin, Gloria Swanson, eventual daughter-in-law Joan Crawford, Lillian Gish, Amelia Earhart, Albert Einstein and Franklin D. Roosevelt were amongst the guests. 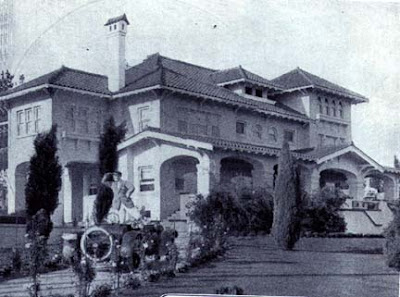 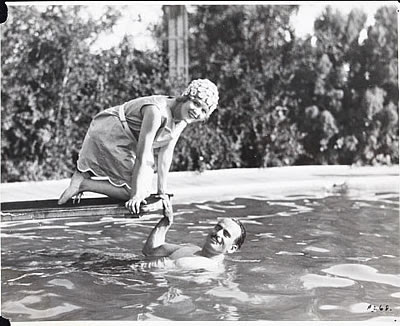 But like everything in Hollywood, the party eventually must come to an end. When Mary and Doug divorced in 1936, Mary continued to live there with her next hubby (talk about awkward) until her death. Soon after, the owner of the Lakers purchased the house kept it running and restored as Pickfair should be. In 1988 an evil lady by the name of Pia Zadora bought the mansion and tore it down. 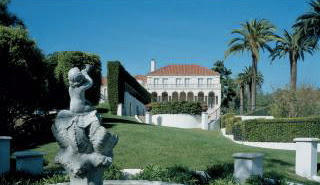 Pia rebuilt the house but not as it was during Pickfair. Locals were outraged and I am sure she was not invited to the Fourth of July BBQ. In 2005 a company named UNICOM bought the house and surrounding property. The property is still there, located at 1143 Summit Drive, Beverly Hills. The original gates and pool are still around, but the facade is completely different. 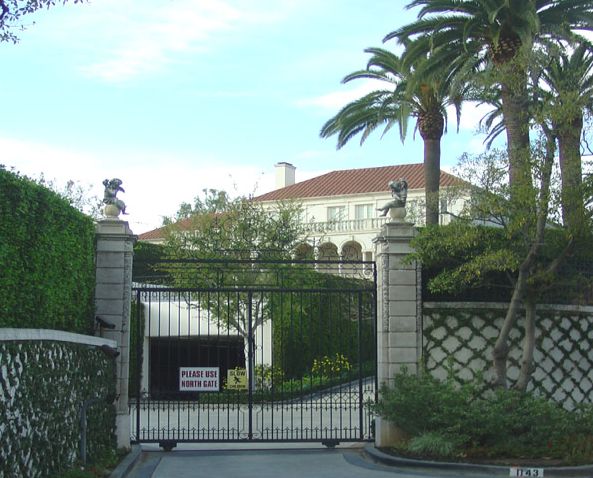 I always get a bit sad when I find out that amazing, historic landmarks in Hollywood are demolished. Los Angeles has a thing about doing this to almost every special place that made tinsel town what it was. But maybe if all of these places were still around and functioning, they wouldn't be as special. 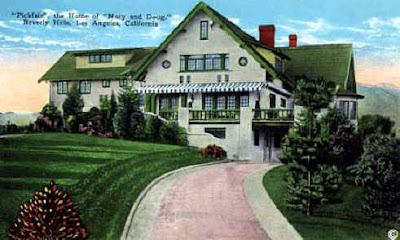 Pickfair postcard.
Posted by Emily at 8:20 AM

Pia Zadora was on Celebrity Ghost Stories and said the house was haunted and they couldn't live there, so they tore most of it down to get rid of the hauntings.

Saw that! I wonder if that was the truth....?also those images they show of the house look nothing like what they should. The whole thing is just sad....hate to see historic Hollywood memories disappear.

The energy of a vast wealth of historic (Hollywood) happenings in Pickfair lost to a woman with 15 minutes of fame like Pia Zadora...UGH! Tragic Irony at it's utmost

Just terrible ... horrible,Tragic !!! I am heart broken Pickfair is gone ! Pia Zadora should be horse whipped ! Just another example of fabulous wealth without soul or dignity or principle. I think its ghastly she would now come out on Celebrity Ghost stories with such an obvious fabrication for her actions. if she were truly worried about anything she could have easily moved before tearing it down and building that ugly monstrosity.. and in fact she did after selling it for 27 million. What a waste , is there anything sacred and off limits to wealthy spoiled brats ?

Also seeing the Celeb Ghost Story. It's sad that it's gone, but if you own something you can do whatever the hell you want with it.