One thing that makes me smile is when I catch an old cartoon that features a drawn up version of an oldie. Some are dead on, some mock these stars interesting features, and some are flat out funny. 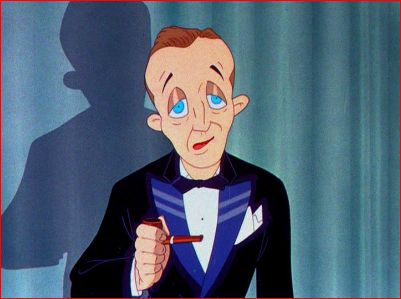 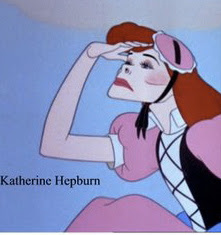 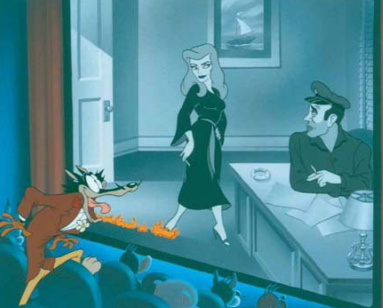 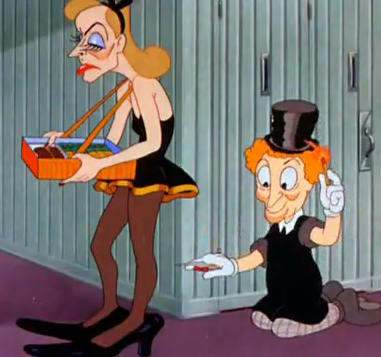 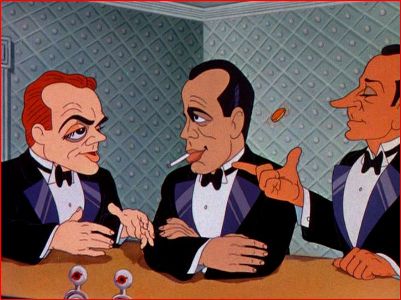 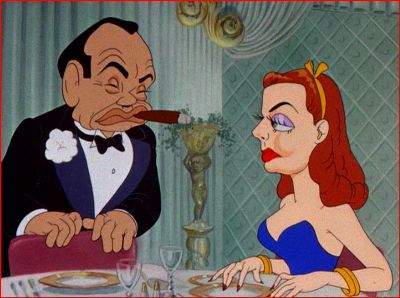 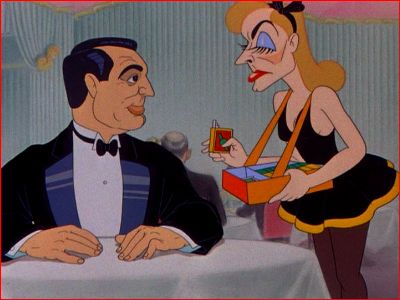 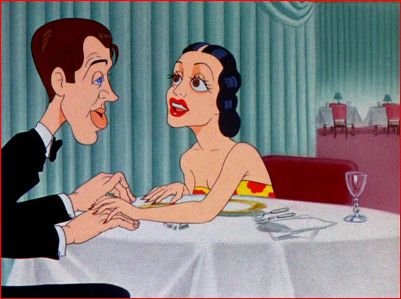 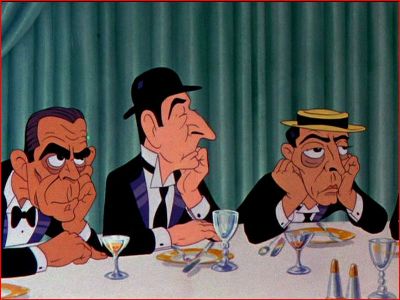 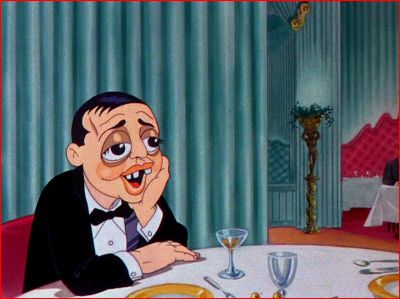 Do I even need to say it? 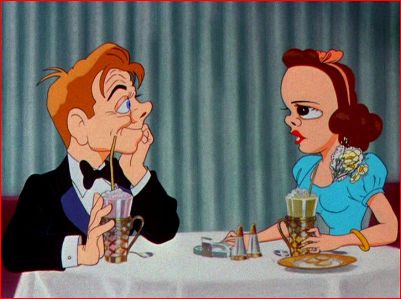 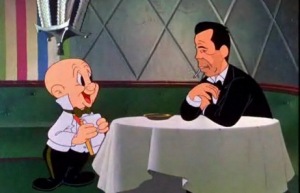 This last still is from a cute Merrie Melodies cartoon titled, "Slick Hare" from 1947...check it out!

Some of these other clips come from a fantastic cartoon titled, "Hollywood Steps Out" created in 1941 and features cartoon versions of too many oldie stars to keep track of. You can catch bits and pieces of it on YouTube.

The most creative cartoon goes to Merrie Melodies', "Coo Coo Nut Grove" from 1936. Each oldie star is either made to look silly or drawn as an animal with a funny name. This isn't the Cocoanut Grove! Band leader Ben Bernie is now Ben Birdie, Kat Hepburn is a horse named Ms. Heartburn, and Clark Gable claps with his ears instead of his hands. This cartoon is a must see! 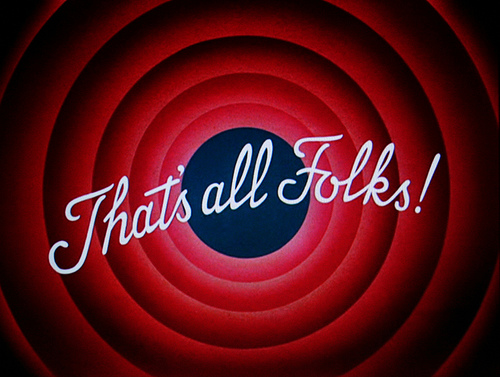 Some of my absolute favorite cartoons.

Awesome post! I was always obsessed with these too. My favorites are "Malibu Beach Party" and "mickey's Polo Team."

I think it's weird that they used to always draw Garbo so ugly in those cartoons. It seems to go beyond caricature. Wasn't she supposed to be a great beauty? I just couldn't picture them doing the same to say Hedy Lamarr. Gable is actually drawn prettier than her!

Great post Emily! And it brings back some memories. And I agree with you KC, they drew Greta kind of bad. Should have been beautiful!